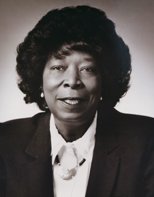 In the Ohio House, Whalen represented the 16th District and the 12th District. During her seven terms there, Whalen served on several key committees: Education; Health, Retirement, and Aging; and Transportation & Public Safety. She has been active in political and community organizations. She was a charter member of the 21st Congressional District Caucus and belongs to the Black Women Political Action Committee, the 1st Ward Democratic Club, the United Black Fund, and the Lee-Harvard & Mt. Pleasant Community Association.

Among her many honors was the proclamation of State Representative Vermal M. Whalen Day, issued on September 18, 1992, by Cleveland Mayor Michael White. Mayor White commended Whalen for the service she rendered to her district and to the City of Cleveland.

Representative Whalen is single and has one child.