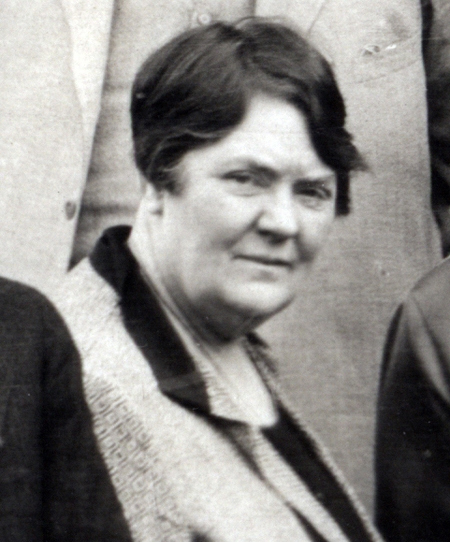 Clara Wood Derr's political career began at an age and time period when most women were scarcely involved in politics. At the age of fifteen she was chosen to fill out the tax rolls for two villages in her home state of Michigan, and two years later was appointed Deputy Township Clerk of Gratiot County, Michigan, at the age of seventeen. Born and educated and already a politician in Michigan, Clara Wood moved to Cleveland in 1911 upon her marriage to Elmer Derr.

Clara Derr soon established herself in the civic life of Cleveland. She was active in the suffrage movement in Cleveland and was vice president of the Cleveland Federation of Women's Clubs (at that time the membership of this organization was 40,000). She also served as chair of the Women Speakers Bureau for the Mayor's War Committee. Her work in the Republican party included canvassing the state of Ohio to prepare women for suffrage.

Derr's work in the legislature often focused on children's issues, welfare, prison reform, transportation, and elections. She viewed herself as a servant to her constituents, with her work in the legislature dedicated to improving the conditions in the state and providing services to constituents. She was also a member of various community associations, including: the Women's Civic Club, the Women's Christian Temperance Union, the Daughters of the American Revolution, the League of Women Voters of Ohio, the Order of the Eastern Star, and the Republican Women of Ohio.