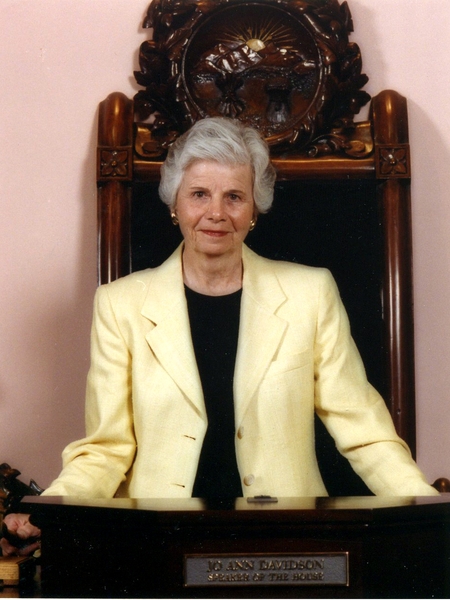 Her former elected positions were on the Reynoldsburg City Council and as a Truro Township Trustee. Davidson has also served on the Ohio Turnpike Commission as vice chair, and as a member of the Franklin County Mental Health Board. Within the Ohio House, Speaker Davidson served as chair of the Rules and Reference Committee and as an ex-officio member of all House Standing Committees. She was a member of the Legislative Services Commission and Capitol Square Review and Advisory Board.

Davidson was active in the Reynoldsburg-Pickerington Rotary Club and the Columbus Area Women's Political Caucus, and has been honored many times for her active participation in her community and in politics. Some recognitions of her service include: Outstanding Legislator, 1988 by the United Conservatives of Ohio; Watchdog of the Treasury Award, United Conservatives of Ohio; 1991 Legislator of the Year, National Republican Legislators Association; Women's Hall of Fame induction, 1991; YWCA Woman of Achievement Award; and an Honorary Doctor of Law Degree, Ohio University.

Davidson is founder and president of JAD Associates, a consulting firm focusing on public policy development and analysis, strategic planning and political campaigns. In 2005, she was elected to serve as co-chair of the Republican National Committee.