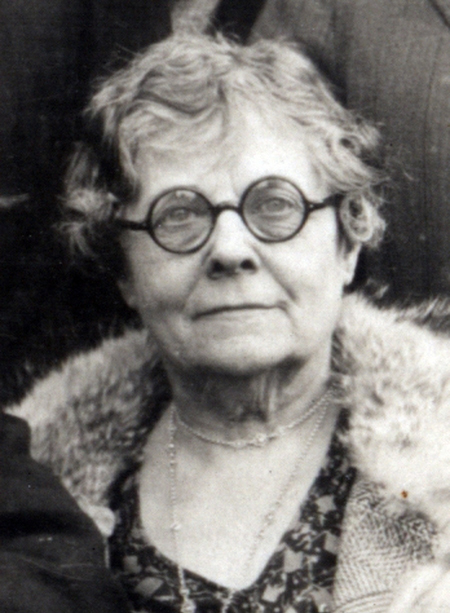 Sarah Hyre began her political career as a member of the Cleveland Board of Education from 1905 to 1912, serving as clerk of the board from 1912 to 1918 and as clerk-treasurer from 1918 to 1924. She had been a school teacher, using this occupation to work her way through two years at Buchtel College (now Akron University) and receiving an honorary degree of A.M. from Buchtel in 1906.

Speaking on the occasion of Cuyahoga County's centennial celebration in 1910, Sarah Hyre had much to say about the contributions of women to improving society: "Whatever progress we have made, whatever place among cities we occupy, we must trace our citizenship back to the home, and mother makes the home." Sarah Hyre further recognized the contributions that women had made in her lifetime and in the past as mothers, teachers, civic leaders, and members of religious, social, cultural and political organizations. She stated that "women have created institutions and forwarded movements which have given Cleveland a reputation abroad as well as at home." She also appreciated the great efforts women's organizations had made in improving her city, particularly during the time that women held no legislative powers.

Regardless of this lack of direct political power, Sarah Hyre viewed women's organizations as the force behind the creation and implementation of legislation. Her speech of 1910 echoes her life experience. She was a wife, teacher, mother, civic leader and, when finally permitted, an elected official for Cuyahoga County. Her organizational involvement included: the Daughters of the American Revolution, the "War Mothers" in Cleveland (later the Service Star Legion), the Woman's Club, Brooklyn League, the Republican Women of Ohio, and the Business Women's and Lakewood clubs.