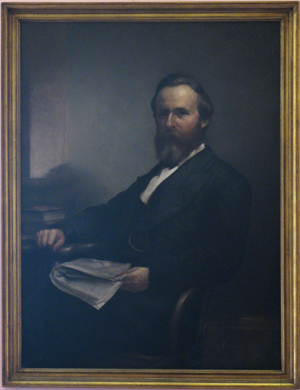 Hayes was born on October 4, 1822 in Delaware, Ohio and was raised by his mother and uncle, due to his father's death. Regardless, he proved to be a successful individual by starting his Law degree and later becoming a major, a major general in the Civil War; a two-term Ohio Representative, and a three-term Ohio Governor, before becoming President.

The country benefited from his actions on strengthening businesses and industries, taking action for civil rights and allowing women attorneys to be involved in the U.S. Supreme Court. His involvement and dedication to the freeing of slaves in the Civil War lead him to be the only President to be wounded four times while fighting.

Items on display in the Hayes Room include: