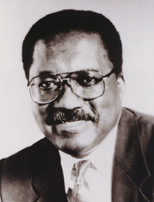 Ben Espy graduated in 1961 from Sandusky High School, where he played football and ran track. He received a BA in political science from The Ohio State University in 1965. He received a JD from Howard University's School of Law in 1968.

That same year, he began working as a corporate lawyer for Allegheny Airlines, Inc. in Washington, DC. In 1969, Espy entered the United States Air Force and served as an assistant staff judge advocate at the Hancock Field AFB in Syracuse, New York. Espy returned to Ohio in 1972 and started working as the Deputy Chief of the Civil Rights Division of the State Attorney General's Office. In 1974, he transferred to the Division of Criminal Activities. From 1977 to the present, Senator Espy has maintained his own law practice. From 1982 to 1992, he served as the president pro tem of the Columbus City Council.

In 1991, he won election to the Ohio Senate, where he served as the Assistant Minority Leader from 1994 to 1996 and as Minority Leader from 1996 to 2000. He presently serves on the Energy, Natural Resources, and Environment Committee and is the ranking minority member of the Judiciary Committee on Civil Justice. He has also served on the following special committees: Appellant District Study Committee, Greater Hilltop State Lands and Facilities Committee (as Vice-Chairman), Ohio Ballot Board, Commission on African-American Males, and the Joint Legislative Ethics Committee.

Among Espy's achievements is the founding of the Columbus Youth Corps, a summer employment and job readiness program for inner city youth. This program wasdesignated a "Point of Light" by President George Bush in 1991. Espy created "The Job Show," a cable television program produced by theCity of Columbus, which helps people find jobs.The National Federation of Local Cable Programmers selected "The Job Show" as the best municipal cable program in America in 1986 and 1987. Espy also established the annual City of Columbus-Martin Luther King, Jr. Holiday Celebration.

Espy has often been honored for his contributions. Among these honors are: the Ohio Democratic Party Meryl Shoemaker Award, designation as the Ohio Hunger Task Force Legislator of the Year, designation as the Franklin County Trial Lawyers Association Legislator of the Year, the Neighborhood House Volunteer Service Award, the Outstanding Community Leader Award (presented by McDonald's Restaurant), and The Ohio State University's Distinguished Service Award for 2001.

Espy and his wife Kathy have four children: Elizabeth, Amy, Laura and Lynnette.