About The Great Ohioan Award 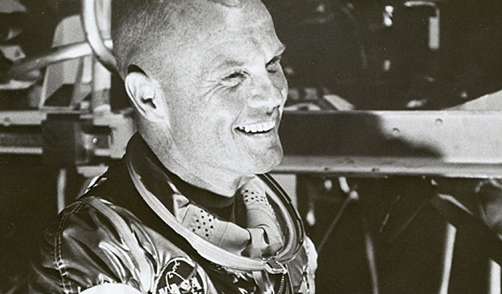 In 2003, the Capitol Square Foundation (CSF) launched the Great Ohioan Award to commemorate the significant role of Ohioans in an event or series of events of lasting significance in world, American or Ohio history. The foundation's first honoree for this award was a group of individuals which commemorated Ohio's role in the birth and development of aviation: the Wright Brothers, John Glenn and Neil Armstrong. It is fitting these Ohioans were honored in 2003, Ohio's bicentennial celebration as well as the 100th anniversary of powered flight. The foundation hosted a special dinner to pay tribute to these aviation pioneers and celebrated how they have changed our world in so many ways.

To commemorate the significant role of Ohioans in an event or series of events of lasting significance in world, American or Ohio history through the awarding the CSF’s Great Ohioan Award.

The CSF Great Ohioans Committee will select nominees from the list of nominations to submit up to the full Board for approval. The Capitol Square Review and Advisory Board (CSRAB), the oversight body for the Ohio Statehouse, will select the final award winners with a majority vote. The Great Ohioan Award recipients will be announced and recognized in January by the CSRAB and the CSF.