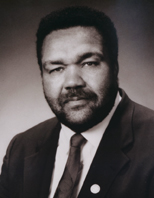 Jack Ford graduated from The Ohio State University and went on to study at the University of Toledo, where he earned a Masters degree in public education and a JD. He lives with his wife Cynthia and their three children Ryan, Jessica, and Jacqueline in his hometown of Toledo. Ford is a social worker and currently works as Director of Diversity Initiatives at Toledo Hospital. He also enjoys part-time teaching at local universities. He has been an instructor in political science at the University of Toledo since 1979, and in ethnic studies at Bowling Green State University since 1999. He is a member of the New Covenant Baptist Church in Toledo, as well as numerous civic and fraternal organizations.

Ford began his political career in 1986 by winning a seat on the Toledo city council. He was elected president of the council in 1993. Voters of House District 24 elected him to the Ohio Legislature in 1994. His peers in the House voted him Minority Leader in 1999, making him the highest ranking Democrat in the Ohio House of Representatives. He was unanimously re-elected Minority Leader in 2000. Representative Ford is the first African American elected as House Caucus Leader in Ohio.

Currently serving his fourth term in office, Ford works in a number of House committees: Rules and Reference; Family Services; Health, Retirement, and Aging; Insurance; and Judiciary and Criminal Justice.

He has given significant service to his state and community. He is the founder and former Executive Director of Substance Abuse Services, Inc. He also founded the Adelante Hispanic Treatment Program in Toledo's South End. He has served as chairman of the board of the J. Frank Troy Senior Center, the Cordelia Martin Community Health Care Center, the Toledo Mental Health Center Patient Advisory Board, and the Zeph Community Mental Health Center Patient Advisory Board. He currently serves on the Frederick Douglass Community Center Board, The David House Compassion Inc., the Greater Toledo Urban League, and the executive committee of the National Association for the Advancement of Colored People. He has also served on the Board of Trustees for the Toledo Symphony. He is a Master Mason.

Ford has often been honored for his contributions. He was the first awardee of the Martin Luther King, Jr. Commission for the State of Ohio in 1990. In 1993, he was the recipient of the Medical College of Ohio Citizen of the Year Award, and in 1998, the Minority Alumni of the Year Award from the University of Toledo. 1n 2000, Ford was awarded the Gold-T Award from the University of Toledo for outstanding service.