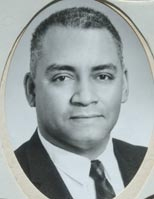 Throughout his life, he participated in politics and community organizations. He was a member of the Executive Board of the Cuyahoga Grand Jury Association, the Lee Seville Community Council, the 30th Ward Democratic Club, the Negro Community Federation, Inc., and the National Association for the Advancement of Colored People.

He was active in the Forest City Toast Masters Club and the Southeast Association of Fathers for Education. He was an advisor to the Vocational Information Program for the Southeast Area of Cleveland. He also served his community as an elder at Good Shepherd Lutheran Church.

DeLaine was appointed to his seat in the Ohio House of Representatives in 1967 to fill out the unexpired term of fellow Democrat Carl Stokes. The constituents of District 44 then elected DeLaine for an additional term. His second term ended in 1970.