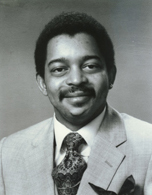 Bell was elected to the Ohio House of Representatives while still in his early twenties. He served in the House for ten years, and was known for his independence on issues. He was an advocate for mental health, welfare, education and all matters of concern to his constituents.

After leaving the legislature in 1982, he lived in Columbus until his father died in 1988. Bell then returned to Cleveland to take over his father's business, the Metropolitan Security Service. He sold the business and moved back to Columbus in 1991, where he worked in the office of the state auditor until early 1996.