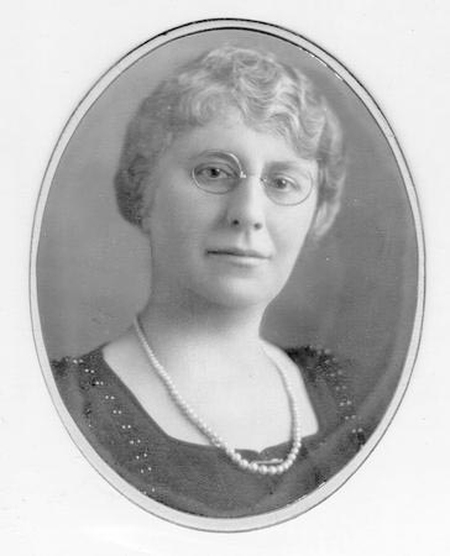 Adelaide Ott was the first woman to serve Mahoning County in the Ohio General Assembly upon her election in 1922. Ott served three terms in the Ohio House of Representatives. Prior to her state service, she had not held any public office. According to the Youngstown Daily Vindicator at the time of her death: "When Mrs. C. J. Ott first became a candidate for state representative, she stated that the occupation she followed was that of housewife, but that she had also had some experience in the Red Cross and believed that she was fitted for the office 'by reason of the fact that club women are studying public affairs and understand them better than ever, and that they are ready to share in the responsibilities of government.' That was in 1922, when women were still new in politics, and she was the first woman to represent Mahoning County in the state legislature."

In a 1922 article before she was elected, Adelaide Ott stated: "The great duty before the women of today entering the political field is to try and restore the contact that should exist between the people and their governmental representatives. They are today far apart. The slight interest that is being taken today by our citizens in the elections is nothing short of amazing" (Youngstown Telegram, 1922).

Her commitment to public service was evidenced not only in such statements but also by Adelaide Ott's other civic involvement. She was active in Red Cross canteen work during World War I, raised funds for the American Legion, and was president of the Women's Division of the First Baptist Church at Youngstown.

As a representative, she was interested in legislation dealing with education and assistance for ex-service people. She vigorously fought against a controversial bill that would require compulsory reading of the Bible in public schools, and stated: "I regard enforced Bible reading without the religious impulse behind it as more harmful than beneficial," and she also opposed a gas-tax bill, feeling that there were already plenty of taxes on automobiles. She served on the following House committees:

Ott was the first woman to be named chair of the Committee on Permanent Organizations in State Legislature, and she was the first woman member of the House to preside over the chamber when she was asked by the Speaker of the House to temporarily occupy the chair during a session. In 1928, she made an unsuccessful bid for a seat in the state Senate when she was defeated by Sen. Nile P. Johnson. She died not long after serving in the halls of the legislature – in January 1929 at age 54.