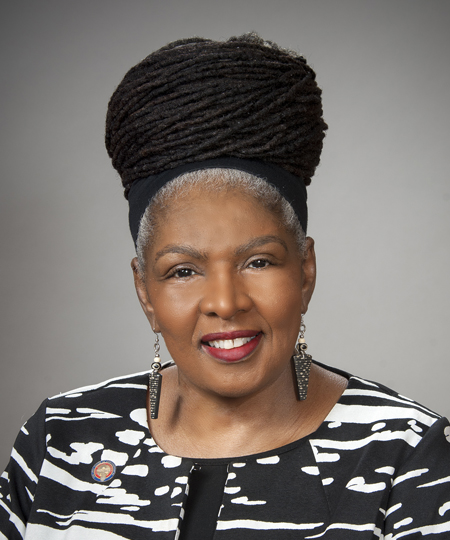 Rep. Kent was born and raised in East Chicago, Indiana, a steel mill union city. Her parents, like many African Americans of the time, migrated from the South for better opportunities in the North. Her father could not read or write. Her mother went to the third grade, and yet, they bought a home and raised five children. All children graduated from high school and two went on to graduate from Central State University. Rep. Kent’s husband, whose own father was a Tuskegee Airman, served his country as a Green Beret in Vietnam.

Hers is the living story of the American Dream. First her parents achieved it, despite education barriers, then she did, because of education, and that is what she committed her life to.

For well over 20 years, Bernadine Kennedy Kent lived her passion. First as a teacher and then as an Assistant Principal for Columbus City Schools where in 1999 she was voted educator of the year. Now, she advocates for the rights, protection and safety of children as the Founder of Parent Advocates for Students in Schools (P.A.S.S.).

She is also recognized as an activist and whistleblower.  Rep. Kent was instrumental in exposing the data tampering, identity theft, and tutoring fraud in the No Child Left Behind (NCLB) programs. She was recognized by the U.S. Department of Education and the Auditor of State (AOS).  The AOS' Chief criminal investigator described her services as useful in providing documented facts and knowledge of the NCLB operations and systems allowing him to evaluate from a factually documented perspective.  Rep. Kent's relentless personal investigation extended over a six year period and resulted in the Auditor of State's announcement in October 2015 that his office, along with the U.S. Attorney's office, had uncovered the NCLB Tutoring Programs fraudulent activities had cost the taxpayers more than $800,000.

Rep. Kent continues in her advocacy for children relying on documented facts and an understanding of how our local and state agencies operate as well as possessing a clear understanding of the law and how it affects our children and communities at large. She understands the need and fair expectation for people to feel empowered by the laws set in place for them to receive important services, benefits, and protections from the public's government entities.

Further, through her advocacy, a rape case was re-opened and five child victims under the age of 11 received protection from continuing neglect, physical assault and rape in their own home.

Her advocacy for the reported child victims heightened her awareness of the importance of prevention of all forms of child abuse as a factor in increasing the overall safety in our communities reducing the escalating frequency of violent crimes as a whole. Failing to address these issues further increases the potential exposure to and victimization of minors in being vulnerable to recruitment from gangs and being lured into an increasing minor sex trafficking industry in Ohio.