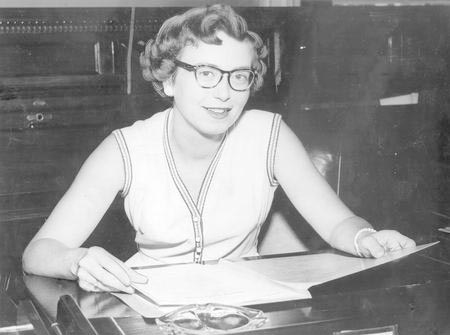 Frances McGovern's career in politics and civic causes began in the early 1950s. She received her B.A. from the University of Akron in 1948 and a J.D. from Case Western Reserve University in 1949. She practiced law for five years and then began her political career in the Ohio House of Representatives. McGovern was elected to the Ohio General Assembly in 1954 for the first of three consecutive terms. During her tenure in the Ohio House of Representatives, she focused on legislation that dealt with equal pay, licensing of practical nurses, and establishment of the point system for driving offenses, among other issues. She also served as chair of the House Judiciary Committee.

McGovern's political career also included being a representative to the Democratic National Convention in 1960 and 1964, where she was one of two Ohio members on the National Platform Committee in 1960. Her work in the Democratic Party was honored when she was named Ohio Democratic Woman of the Year in 1960. In 1964, she made her last attempt at political office, when she lost to incumbent U.S. Congressman, William Ayres. She then left partisan politics for a career as an attorney with the Ohio Edison Company from 1965 until her retirement in 1989.

Frances McGovern continued to serve her community after leaving political office, being involved as a member of the Akron Charter Revision Commission and the Sagamore Hills Children's Mental Hospital Advisory Board, as a trustee for the University of Akron from 1973 to 1982, and as president of the United Way from 1986 to 1988.