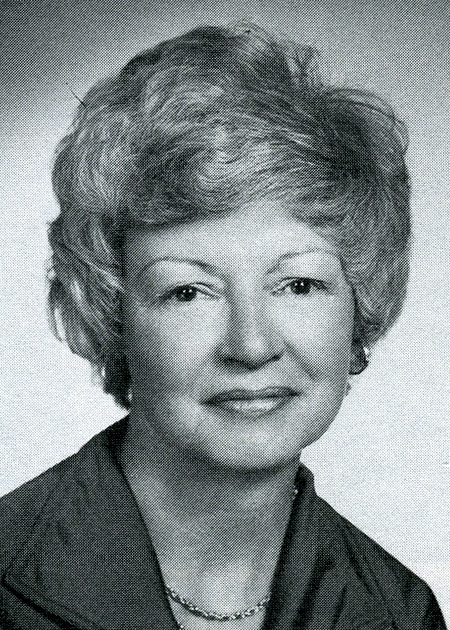 Irma Karmol was a legislator known for stating her opinion with confidence and strength. She believed women had made great strides in their political involvement, but that there was continued work needed in getting women to take challenges and controversial positions. When she was elected in 1974, her district included southwest Toledo, Ottawa Hills, and parts of Sylvania and Springfield townships. She was born and raised in Toledo, attended Miami University, then became a teacher and caseworker for the Lucas County Children Services agency.

As a representative, Karmol earned the admiration of many for her dedication to the office. She returned home on most weekends and published a column and newsletter to keep in touch with her constituents. She also maintained near-perfect attendance at committee meetings and House floor sessions. Her House committee appointments included:

Her legislative career focused on energy issues, juvenile offenses, elimination of outdated female labor laws, crime, taxation, and state government. Irma Karmol's legislative career was cut tragically short in April of 1979 when, traveling back to Columbus from Toledo, she was killed in a car accident. Much praise was given in honor of Irma Karmol; flags were held at half-mast at state buildings, and a merit scholarship was named in her honor at Miami University.