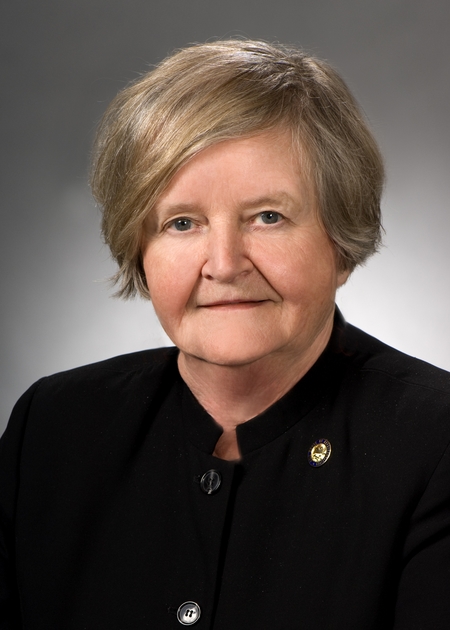 Kathleen Chandler (D-Kent) was elected to the Ohio House of Representatives in 2005 to represent the 68th District and is currently serving her fourth term in the Ohio House. The veteran public servant represents most of Portage County. Rep. Chandler believes in the value of a quality education. She earned both bachelor's and master's degrees from Michigan State University. She then returned to Ohio to earn a Master of Public Administration degree (with a focus on finance and personnel management) from Kent State University.

Chandler served her local community for more than two decades before moving to the Statehouse. She began her career as a Kent City Councilwoman for eight years. Voters in Kent then elected her to be their mayor. She followed up a seven-year stint in that office with six years as a Portage County Commissioner.

While in Columbus, Chandler has crafted legislation to make human trafficking a crime, to require seat belts on new or refurbished school buses, and to provide for DNA testing for inmates who plead "guilty" or "no contest," when DNA evidence was available. She also sponsored legislation to give Ohioans the choice to donate part of their income tax refund to the Ohio Historical Society. In addition she has proposed a task force to investigate health & safety issues concerning children and is looking into permissive legislation for land value taxation.

- Finance and its Higher Education Subcommittee, and

Rep. Chandler remains intensely loyal to her local community. She is a member of many organizations, including the League of Women Voters, the Women's Club, the University Women of Kent State University, the NAACP, the Portage County Democratic Central Committee, the Federated Democratic Women's Club of Portage County, and Leadership Portage County. She has also received numerous certificates of appreciation and honors for her community service and leadership. They include the Ohio Educational Service Center Association Outstanding Leadership Award; Phi Kappa Phi Honorary; Kappa Delta Pi Honorary; Phi Beta Delta International Scholars Honorary; and the Distinguished Leadership in Elective Office honor from the Leadership Academy Alumni Association at Cleveland State University. The city of Kent also gave Chandler a key to the city for her dedication as mayor and council member.