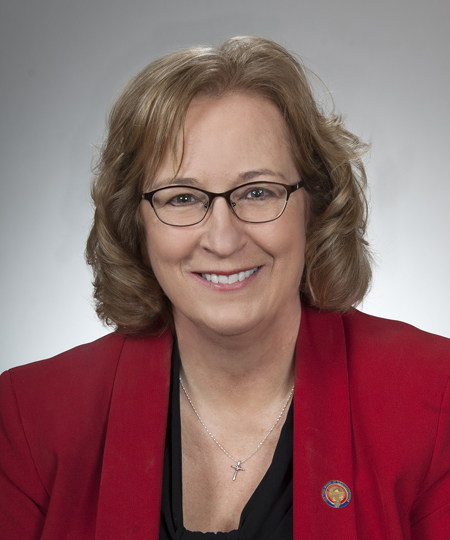 Representative Laura Lanese is the daughter of a retired vocational school teacher and a Navy veteran and grew up all over the country as a military dependent. She received a Bachelor of Arts degree from Miami University, a Juris Doctor degree with Honors from the Ohio State University, where she was a law journal editor, and a Masters of Law degree with distinction from Georgetown University, where she studied International Law and National Security. She is currently in her second term in the Ohio House of Representatives. She represents the 23rd Ohio House District, which includes Grove City, Jackson Township, Urbancrest, and portions of Hilliard, Norwich Township, Prairie Township, Franklin Township, and Columbus.

In her first term, Representative Lanese served as vice chair for both the Civil and Criminal Justice Committees, as well as the Armed Services, Veterans Affairs, and Homeland Security Committee. She is also a former member of the Financial Institutions, Housing and Urban Development Committee. Representative Lanese travelled throughout Ohio during her tenure on the Base Realignment and Closure (BRAC) Task Force and provided recommendations to the governor on issues concerning the recruitment and retention of military installations and military jobs in Ohio. She also served on the Ohio Aerospace and Aviation Technology Committee.

Representative Lanese currently serves as the Assistant Majority Whip for the House Republican Caucus, as well as on the Armed Services & Veterans Affairs, Civil Justice, Financial Institutions, and Rules and Reference Committees.

Representative Lanese has sponsored several pieces of legislation that have become law, including HB 202, which designates the first Saturday in May as ‘Veterans Suicide Awareness Day’, HB 263, which permitted dogs to accompany owners in outdoor dining areas, HB 174, which added judges to the Franklin County Domestic Relations Division, and HB 511, which changed the age at which people can marry to 18 with exceptions for emancipated 17 year-olds. Rep. Lanese is passionate about aiding Ohio’s military personnel and veterans, ensuring our criminal justice system is fair, and being accessible to her constituents. As the spouse of a tech entrepreneur, she appreciates the need for the deregulation of business, the significance of encouraging technology transformation and innovation, and the importance of job creation and environmental protection to make Ohio more competitive.

Representative Lanese previously served on the Grove City Council as the at-large council representative. During her tenure on council she championed transparency, fiscal responsibility, and the preservation of local history and green space. Prior to staying home with her children, she worked as an attorney with the United States Department of Justice, specializing in appellate political asylum cases and as the pro se habeas corpus law clerk for the United States District Court in the Southern District of Ohio, where she focused on the constitutional issues of prisoner appeals. Her background also includes military service as an administrative specialist in the Ohio Air National Guard and as an intelligence and legal specialist in the United States Army Reserve. She has co-authored four books, one on Ohio State football and three local histories and continues to write.

Representative Lanese has been an active volunteer in her community having served on the Park Board, MORPC, Rotary, the Grove City Writer's Group, and as the council liaison to the Grove City Chamber of Commerce. She and her husband Mike, another Navy veteran and current Army reservist, have lived in Grove City since 1999. They have two kids in college, one in high school, and two dogs rescued from a local shelter