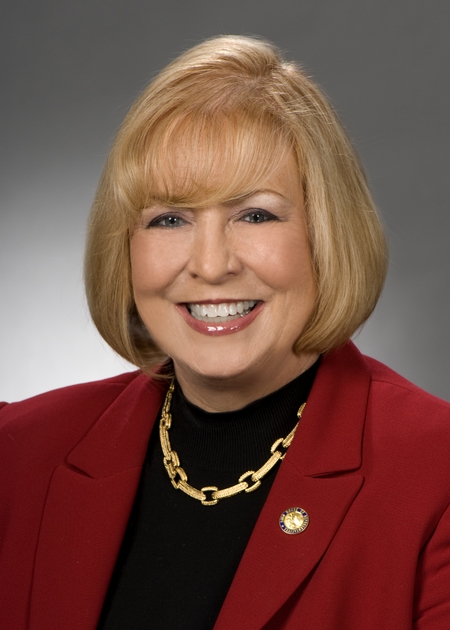 Linda S. Bolon was elected to the Ohio House of Representatives in 2007 to serve constituents of Columbiana County. Her extensive experience and education in finance and governmental accounting have prepared her for her career in public service.

Bolon graduated from Columbus University with degrees in secretarial sciences and business administration, but her appetite for learning has never ended. She has attended Kent State University and earned credits at The Ohio State University in conjunction with continuing-education requirements. She also has earned more than 1,000 hours of continuing education credits with the State Auditor and State Treasurer's offices. That dedication to education has earned Rep. Bolon a rare honor. The Ohio Treasurer honors an elite group of public funds managers who maintain the highest level of professionalism by developing one's educational background and professional skills beyond what is required by law. Rep. Bolon is one of six managers to receive this honor two years in a row.

Bolon worked in the programming department for WKBN Channel 27, and as a bookkeeper for a CPA firm and a steel industry supplier. Her career is defined, however, by a variety of public service. She was appointed as Clerk-Treasurer for Columbiana Public Library and was elected to serve as an East Palestine City Council member. She also worked as Treasurer for Edison Local and East Palestine City Schools. Her call to statewide service led her to a 14-year stint as an auditor and audit manager for the Ohio Auditor of State. Bolon was then appointed as Columbiana County Treasurer in 1999, and voters elected her to two additional terms.

As a Certified Government Financial Manager with the Association of Government Accountants (AGA) and a Certified Fraud Examiner with the National Association of Fraud Examiners, she boasts more than 30 years of public service in governmental finance and accounting. That service has shaped her legislative priorities in the Ohio House. She strives for government fiscal accountability, economic development for struggling communities, and a continuum of quality and affordable education. She has sponsored legislation to allow Ohio counties to sell tax lien certificates to protect local public school funding. Rep. Bolon serves as Vice Chair of the House Finance Committee. She is also a member of the Transportation and Infrastructure Committee, and was appointed to serve on the Hospital Measures Advisory Council and Unemployment Compensation Advisory Council.

Courtesy of the Ohio House of Representatives, 2009.