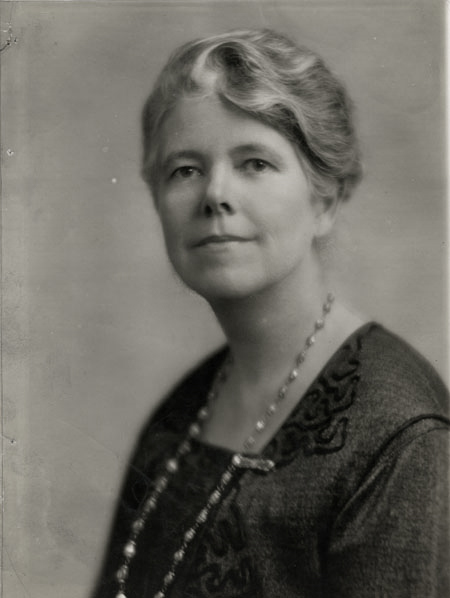 Maude Comstock was born in Vermont, where she received her education and attended the State Normal School. She became a teacher and then later a principal of a grammar school in Massachusetts. In 1903 she married Walter G. Waitt before moving to Ohio.

In 1921, Maude Waitt was elected to the City Council of Lakewood, and resigned a year later after winning a seat into the Ohio Senate, where she served in four consecutive General Assemblies. She served on the following Senate committees:

She was highly regarded among her colleagues and was selected to serve on a prison review board. A bill she sponsored that would classify inmates based on the seriousness of their offenses failed in her last term. She reportedly felt that the rural lawmakers who opposed it were "more interested in highway matters."

Waitt believed that women would improve the condition of politics. She felt that women had a clearer vision than men of service to their districts, being almost entirely unburdened by special interest. "Women are not as strong party adherents as men are," Waitt said. "They think of the principle first then of the party. The only reason they ally themselves with parties is that they may accomplish more."

In her district, she was an active civic leader, involved with the Citizen's League of Cleveland, Women's Club of Cleveland, Lakewood Women's Club, Western Reserve Chapter of the Daughters of the American Revolution, Ladies of the G.A.R., and Lakewood Republican Club.