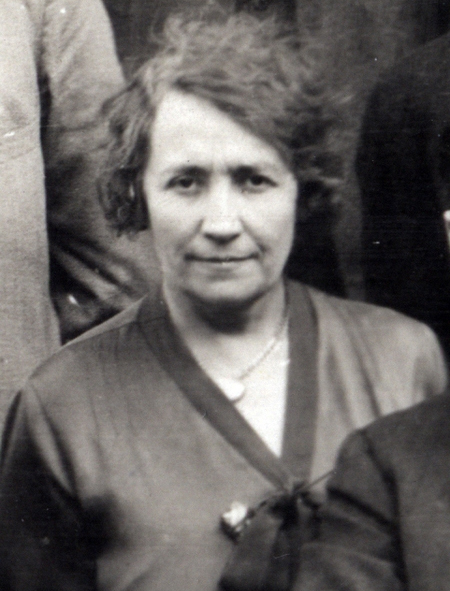 May Martin was born in Brooklyn, New York and attended various colleges on the East Coast and completed summer course work at Harvard University. She graduated as a teacher and taught kindergarten in the public schools of New York. She moved to Cincinnati in 1912 after marrying Benjamin Van Wye, who was a member of the faculty at the University of Cincinnati. Thus, May Van Wye's civic activities became centered on Cincinnati and Hamilton County.

In Cincinnati, May Van Wye was active in general welfare causes, was a member of the Cincinnati Council of National Defense's executive committee and a member of the Board of War Camp Community and Liberty Loan organizations during World War 1. Her civic interests also included the Cincinnati Women's Club, College Club, Association of University Women, League of Women Voters, and National Republican League. She was active in the Republican party, which led to her being nominated in 1922, the first opportunity women had to run for office in the Ohio General Assembly.

Van Wye introduced House Bill 18, relating to the charging of fees to students at municipal universities; as well as House Bill 459, which provided for the construction, furnishing and maintenance of county library buildings. Both bills were enacted into law. Van Wye also served as a member of the House Finance Committee and the House Committee on Universities and Colleges.

Van Wye served three terms in the Ohio House, and one term in the state Senate. She lost her next bid for office in the Democratic sweep on 1930.

In 1962, at age 83, she published her first novel, "Eve's Tower," which centers on a pioneering state senator in an unnamed Midwestern state, her role in the workings of state government, and the reception she received from her male peers in the 1920s. While the fictional heroine is not May Van Wye, the experiences she writes about are clearly her own.