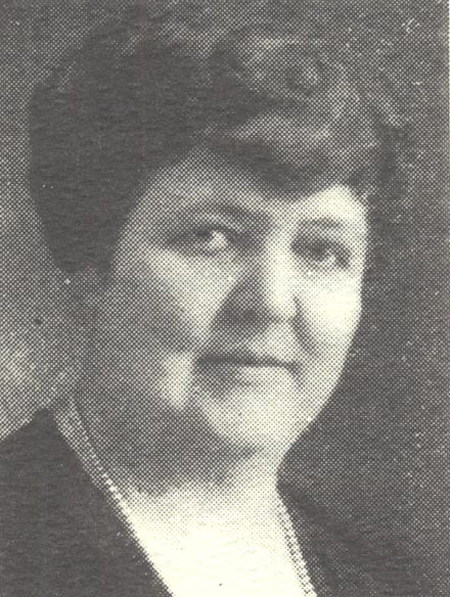 Nettie Loughead had achieved many "firsts" in the early 1920s – among them:

-She was the first woman in Ohio to receive a nomination for state senator;

-She was among the first two women elected to serve in the Ohio Senate;

-She was the first woman to represent Hamilton County in the Ohio Senate;

-She sponsored the first bill to be introduced by a woman legislator; and

-She was the first woman to serve as a member on the Senate Labor Committee.

Loughead's bill – Senate Bill 91 – repealed the governing rules of a special election and authorized the submission of municipal ordinances to referendum at special elections. S.B. 91 passed favorably out of the House and Senate and was signed into law.

Among her other achievements, she was appointed as a member of a fact-finding commission to investigate minimum wage for women, and she was made chair of a committee to select bills in the best interest of women.

Loughead focused on legislation dealing with minimum wage, social welfare and that which was of interest to women. She served on the following Senate committees:

Considered a leader in social-welfare activities in Cincinnati and during the war period, Loughead was active in the Red Cross, War Chest and Belgian Baby Drives. She was also a member of the Board of Directors of the Women's City Club, the Business and Professional Women's Club, Y.W.C.A., and Lecture Club of Cincinnati.