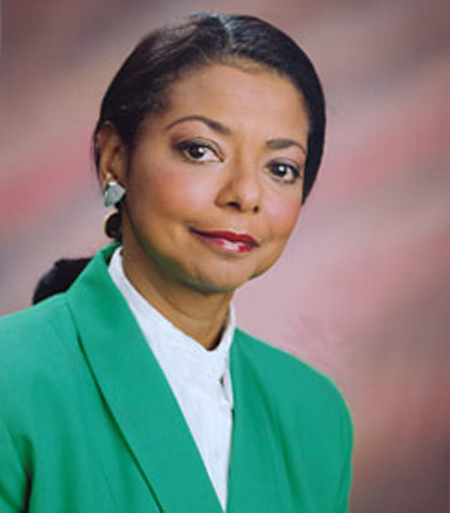 Rhine McLin was appointed in 1989 to serve in the place of her father, the late C.J. McLin, Jr. She was reelected to this position in 1992. In 1994, she won a seat in the Ohio Senate where she served until 2002. McLin represented Montgomery County and part of Miami County.

While in the Senate, McLin served on the following committees:

-Natural Resources and Environment, and

McLin was active in many community organizations, including: the Black Elected Democrats of Ohio, Delta Sigma Theta Sorority, the Dayton Urban League, the Democratic Voters League, the National Council of Negro Women, the Ohio Funeral Directors Association, the Y.W.C.A., and the NAACP. McLin was also the Director of McLin Funeral Home and an instructor at Central State University while in office.

Senator McLin has received a number of honors and awards. Among them: the Ohio Parks and Recreation Association "Legislator of the Year" Award and the 1998 Dayton Daily News Top Ten Women Award.